Whenever he thought of his wife Usha’s pastries, Vincenzo would moan and whine “Povero Vincenzo,” over and over again. From a desire to keep her husband from temptation (he had suffered from a heart attack and was avoiding fat), Usha rarely baked her special cakes and tarts. As much as Vincenzo talked about never eating sweets, if you put one of his wife’s irresistible desserts anywhere near him, he was bound to give in after five or ten minutes of lamenting. That hazelnut roll was a revelation; both in terms of its incredible nuttiness, and because Usha, in one fell swoop, revealed herself as having sugary fingers of magic.

Usha was tender and methodical with her baking. As dawn rose, she neatly measured out flour, butter, and sugar on her hand-weighted balance scale. Each day the wooden dough board came out, as did a big knife for cutting butter, and small bowlfuls of ingredients—apples, nuts, plums, and on a rare occasion even chocolate. Our baking lessons began with a basic butter crust, one that was used for the bottom of Usha’s favorite apple cake, and also for her plum tart. During the first two mornings I sat opposite Usha at the kitchen table and just watched. She thought it more informative for me to observe her technique a couple of times before rushing in to help. Usha bought good, fresh ingredients for her baking, but really she could have used mediocre ones; beneath her hands everything came joyfully to life. The cold butter willfully gave way to the knife in little cubes and shavings, powdery flour puffed and danced about the board, joining with egg in a shiny yellow daze, apples squeezed happily as they were stripped of their outer peel.

On our third baking morning, Usha made our espresso and then took my seat across from the dough board. Now it was time for me to make the apple cake, pastry dough and all. She would be there to talk me through any questions I had, but emphasized that really I knew everything already; all I had to do was think of something dear to me while I cooked, something I really loved, and then share that feeling with the apples and butter, the knife and scale. Without a recipe, and with little help from Usha, I managed to make her magical fluffy apple-raisin-rum cake. It came out exceptionally well and, according to Usha, with a unique tasty twist of Jessica.

Over time I have come to believe that if I bring respect, grace, and a moment-to-moment attention to my cooking—or for that matter almost anything in my life—the ingredients can be transformed into an undeniably delicious and enlightening experience. This is obvious and tangible with food (taste and sensation being great mediators), but I have also seen it to be true in both the health of my body and that of my relationships. Usha’s primary vehicle for expressing this was yoga and mediation, and mine was cooking; we met over butter and sugar, and I learned about life. 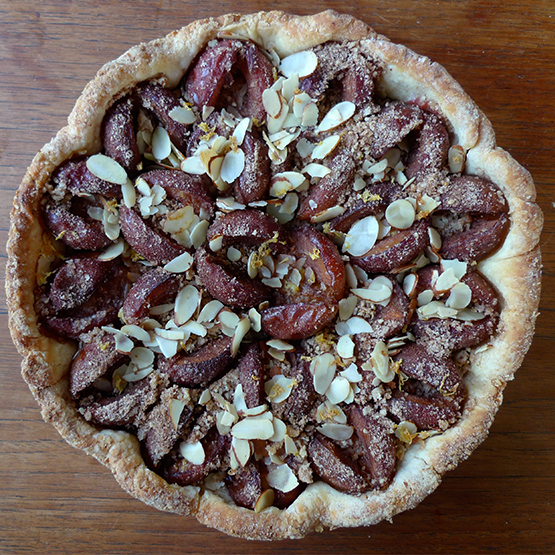 While this tart is at its most beautiful when made with susine (dark purple oblong prune plums), other plums and stone fruits will also work well here. Make sure that the fruits are ripe—they will melt down beautifully when baked, releasing their juicy syrup. 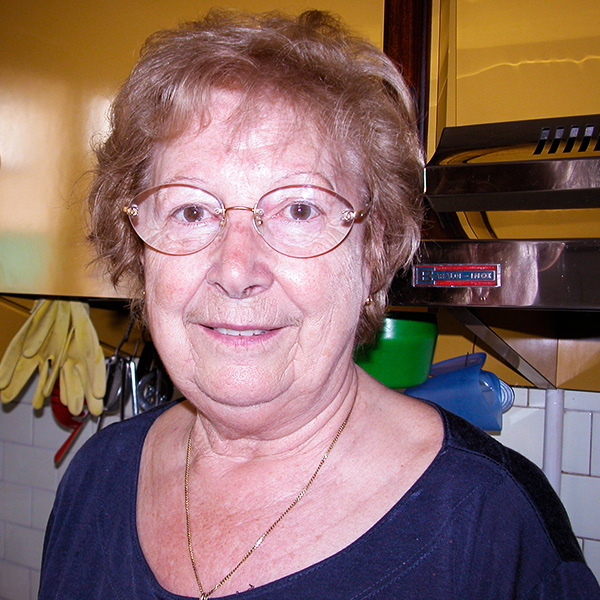 Mamma Maria learnt to cook by her mother’s side. “You just watch and spend time. You lend a hand. Maybe the first time you make a mistake, then the second time you do it right. It’s not that you are “taught.””