Created from a series of interviews with Stu Fisher, Elizabeth's grandson.

Oma was born in 1922 in Scotia, South Carolina, as Elizabeth Solomon. Her grandparents were slaves on a rice plantation in Beaufort, SC, one of the biggest entry points for slaves shipped from West Africa. Their owner was Jewish; hence the last name Solomon. Her parents were born after the abolition of slavery and were sharecroppers, agricultural people. She was the youngest of six, and she was the first in the family to go to school and learn to read and write.

After the Second World War ended, Oma and her husband, Jesse James Fisher, joined the net migration of black people heading north, in search of a better life. They landed in Queens, New York, and that is where she remained for the rest of her life. Oma didn’t mess around! She worked for the New York City public schools as a janitor for 35 years. She cleaned churches in her "spare" time.  She fostered kids. She was the secretary of her church in Bed Stuy. She ran a daycare out of her home until the week before she died and she didn't just sit there and watch Oprah while the kids played. She gave them lessons in religion. She taught them manners. She had them write and mail letters to the mayor and to the president. She was deeply involved in bringing these kids up. And they all loved her.

She, in turn, loved us all through food. Her’s was classic black southern cooking. Everything had pork in it. Nothing was vegetarian. Even the vegetables had pork in them! The collard greens, a ham hock. The green beans, pork fat. Her mac and cheese was always there - for any occasion. And, *everyone* loved it. The entire family loved that mac and cheese. But she made a lot of other amazing things too: sweet potato pie, sweet potato casserole with the mini marshmallows on top, peach cobbler, those green beans and collard greens, chopped liver (yes!), shrimp, rice and gravy. What else? Her meat sauce was the best...turnips, turnip casserole, pickled beets, and her fried chicken. Holy crap- her fried chicken!

Oma cooked every day at home, but she also cooked a lot for her church. She would always make her fried chicken for church. All the churchgoers would eat her fried chicken legs, sandwiched between two pieces of Wonderbread, picking out the bones along the way. That was a “chicken sandwich”! She'd also often make mac and cheese, fried porgies, collard greens, or potato salad for church. As young boys, we were always carrying huge trays of food. We used to joke that “if there's a church open, Oma is in it! It doesn't matter what religion; she just loves G_d, from whichever direction."

Oma's church was a storefront Evangelical church in Bed Stuy, Brooklyn (back when white people wouldn’t go to Brooklyn.) My brother and I would spend whole summers with her... in church. We called it the “Jump and Shout Church”. You’d get there at 10am and you’d get out at 11pm. All day long there was preaching, singing, organ music, people hollering, people fanning themselves, people passing out in the hot room. And, at the end of these marathon sessions there was food. All these churchgoers, quite literally living at the poverty line, would spend 11 hours thanking G_d for everything they had. And then the women would feed us their best dishes, made from almost nothing, but love. The strength of that community was through women-- big, loving black women-- and food.

Oma was all this. She was a force of nature. A deeply religious, devout woman, working every day of her life for her community. She held the family together. No one f***ed with her. She was very loving and caring, but also tough. She didn’t mess around. But, she was also always laughing. She’s the one that taught me about responsibility, about paying your bills, about taking care of your s**t. About giving back to the community, without any expectation of recognition. And...about eating and food. That was just who she was. 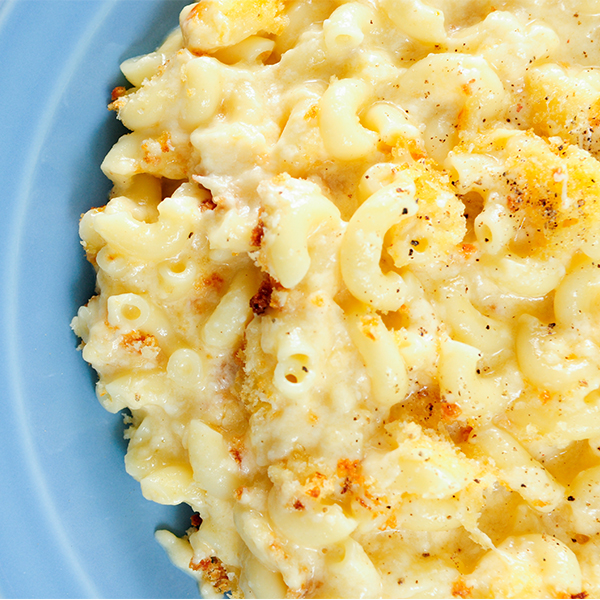 This Mac and Cheese is one of Elizabeth "Oma" Fisher's masterpieces. It was always there for any big family or church occasion. Everyone loved it, with no exception! Made with freshly grated cheddar and eggs tempered in warm milk, this is a custardy macaroni and cheese, with a crunchy, browned top. 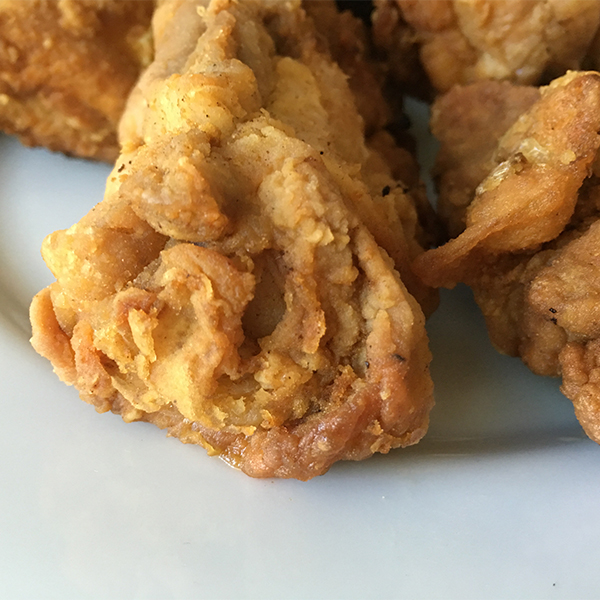 Oma’s fried chicken is great eaten hot or cold at a picnic, or big family gathering. It pairs particularly well with collard greens, potato salad, or coleslaw. This is the type of recipe that you will learn to do by feel, gaining a sixth sense for variations in the oil temperature, and knowing when the chicken is done perfectly. 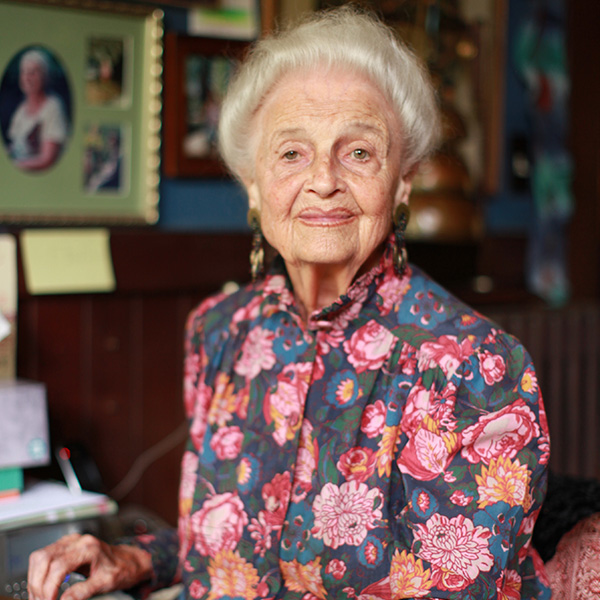 I met Betty through one of her and her daughter Anna’s former students, who invited me to one of Betty’s teatimes. My friend had raved about the Kindergarten Bread he learned to make when he was four, and still makes to this day.